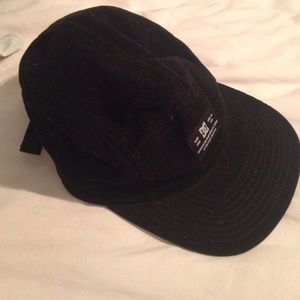 Black 5 panel hat completely made out of a corduroy material
|||

Earlier this year American Marksman informed me they were importing Arsenal 7.62×39 from Bulgaria. In the wake of the Russian ammo import ban, this was music to my ears.  So in the midst of a great steel-cased ammo drought, American Marksman was kind enough to [Read More…]

Posted 6 hours ago in Defense, Photo Of The Day by Eric B with No Comments

Photo Of The Day and we have a guard ahead of the F-35A aircraft from the Royal Norwegian Air Force at Evenes Air Base during exercise Falcon Deploy 2021. The F-35A is a single-seat, single-engine, stealth, fifth-generation, multi-role combat aircraft ordered by several [Read More…]

HOT GAT or FUDD CRAP? Is this LV Themed P365 Classy or Trashy?

Welcome everyone to the 139th edition of ‘Hot Gat or Fudd Crap?’, one of our many series here on TFB. If you’re new to the series, this is where we look at the most obscure firearms that are actually for sale and ask the question – is this Gat a [Read More…]

Posted 8 hours ago in Breaking News, Defense, MIL/LE, Rifles by Matthew Moss with No Comments

We, here at TFB, have been closely following the US Army’s Next Generation Squad Weapon program since it began back in 2018. Today, it has been announced that SIG Sauer have won the contract to provide both the NGSW-Rifle and NGSW-Automatic Rifle. An initial [Read More…]

Posted 12 hours ago in Daily News, Gunsmithing, Pistols by Set of Three Circo Receiving Blankets with No Comments

There are very few examples of ingenuity that both impress and terrify me at the same time. This DIY pistol that was featured on the Meskwaki Nation Police Department’s Facebook page is one such example of an item. Dubbed the “Smith and Meth-Son” by [Read More…]

Posted 13 hours ago in Daily News, Pistols, Danskin Size A(4-6) by NWT Brown and Red Cardigan with No Comments

The Steyr Arms M9-A2 pistol is one of those polymer-framed handguns that often don’t get enough attention. The Steyr M9-A2 is a 4-inch barreled polymer-framed 17-round capacity semi-automatic pistol that incorporates a novel trapezoidal sight system, and an [Read More…]

Posted 15 hours ago in Daily News, Optics, Reflex/Red Dot by Hrachya H with No Comments

CUDA Optical Products is a new brand of weapon sights established by Zvetco, a Florida company specializing in biometric technologies. CUDA have launched their first red dot sight, the RX-795, at SHOT Show 2022 where I had a chance to take a look at it, and the reason I [Read More…]

Posted 16 hours ago in Daily News, Optics, Columbia beanie with tie, Scopes by Eric B with No Comments

Is Dark Earth the new Black? Nightforce Optics claims so in their latest offering with more ATACR and NX8 riflescopes in this color. To complete the system, their UltraMount is available in the same combination. According to Nightforce, their anodizing process offers a [Club Room Men Buttons Down Shirt]

How to Choose an AR-15 (and how’s that New Bushmaster?)

Posted 17 hours ago in AR Patterned, AR-15, Rifles, Semi-Auto, TFBTV by James Reeves with No Comments


In this episode of TFBTV, James Reeves reviews the Bushmaster Bravo Zulu carbine and takes this as an opportunity to discuss what features to look for in an AR-15. James’ first AR was a Bushmaster Patrolman’s Carbine, an early civilianized version of the military’s M4 rifle. The [Read More…]

Posted 1 day ago in Editorial, Podcast by Womens Dressy tank/blouse with No Comments

Welcome to TFB Podcast Roundup 39! I hope everyone’s Easter was nice and peaceful and you could get out to the range to blow away some peeps (the candy not people)! Since moving back to Tennessee I’ve been trying my hardest to improve my skills across the [Read More…]

Posted 1 day ago in MIL/LE, Photo Of The Day, Training by Eric B with No Comments

There are too many photographs to keep records of, but there can never be too many good ones. Here we try to collect the best ones and share them, under our tag Photo Of The Day. Above you can see 1st Lt. Michael Singer from the 101st Airborne Division (Air Assault), as [Read More…]

Posted 1 day ago in Ammunition, Editorial, Rimfire by Womens denizen shorts size 18 with No Comments

Hello and welcome back to another edition of The Rimfire Report! This weekly series is all about the rimfire firearm world and its various firearms, sports, ammunition, and trends. Last week we talked about the oddball Magnum Research Mountain Eagle 22LR pistol. The [Read More…]

Posted 1 day ago in Bullpup, Daily News, City Studio black and silver party dress by Eric B with No Comments

Posted 2 days ago in Daily News, Eye Protection by Cupcakes and Cashmere white eyelet dress size M with No Comments

Keeping your eyes safe both in the sun and on the range, GATORZ is pleased to announce its new extension lineup of performance eyewear lens technology. GATORZ new High Contrast Shooting Lens lineup will still provide the industry-standard ANSI Z87.1 ballistic rating but [Read More…]

Posted 2 days ago in Companies, Daily News, Shooting Sports, Training by Pete with No Comments

In my search for a few select models of Knight’s Armament rifle suppressors for reviews on TFB’s Silencer Saturday, I have contacted hundreds of FFL/SOT dealers across the United States hoping to get lucky and find one collecting dust on the shelf. I was pleasantly [Read More…]

The hottest new caliber on the market has just received another option in the form of Federal Ammunition’s new American Eagle 30 Super Carry load offered in a 100-grain FMJ configuration and in boxes of 50-rounds. 30 Super Carry has been quite controversial within [Read More…]

Posted 2 days ago in MIL/LE, Photo Of The Day by Eric B with No Comments

Welcome everyone to the TFB Armorer’s Bench! As mentioned in the little blurb, this series will focus on a lot of home armorer and gunsmith activities. In this article sponsored by Wheeler, Tipton, Caldwell, and Frankford Arsenal, I decided to jump back into the [Read More…]

Posted 3 days ago in MIL/LE, Photo Of The Day, Training by Eric B with No Comments

As usual, we have selected some pictures for you today. By this time you know it, it’s TFB’s Photo Of The Day to keep you in a good mood. Get a coffee, take a break and enjoy a few minutes with these images. Here we have U.S. Army Staff Sgt. Michael Dalton, National [Read More…]

Good afternoon everyone and welcome back to TFB’s Silencer Saturday brought to you by Yankee Hill Machine, manufacturers of the YHM R9 multi-caliber suppressor. Last week we went full auto with SIG Sauer’s new 3D printed rifle suppressors. If you remember from the [Read More…]

Posted 4 days ago in AR Patterned, Cupcakes and cashmere romper NWT XS, Rifles by Adam Scepaniak with No Comments

When it comes to modern sporting rifles or AR-15s, long gone are the days of humdrum, predictable configurations. Manufacturers are crafting complete rifles that are more gnarly than ever and if you are savvy enough, you too can build a rifle that will turn heads at the [Read More…]

Posted 4 days ago in MIL/LE, Photo Of The Day, Shooting Sports, Training by Eric B with No Comments

The hungriest beast of them all on this blog is our Photo Of The Day. It consumes hundreds of images every month, and it has been doing so for over 8 years with no intention of stopping. Here we have U.S. Marine Corps Sgt. John Glomba in a shooting position you [Read More…]

Posted 4 days ago in Editorial, Friday Night Lights, Lasers, Other Gear & Gadgets by Nicholas C with No Comments

Friday night is upon us once again. In today’s Friday Night Lights we will take a look at a clever little upgrade for a Steiner DBAL D2 and SPIR illuminator. Last fall, Villain Weapon Systems announced their LSD (light shaping diffuser) for the DBAL D2. It was a [Read More…]

SK Customs has just announced the release of yet another highly stylized Colt 1911 pistol, the MANA in stainless as part two of a two-part limited-edition production designer series. This time the pistol is inspired by Polynesian warriors and features highly stylized [Read More…]

This photo has been circulating online a bit on Reddit and Facebook. It is an odd-shaped night vision mount made by GBRS GROUP. I have not been able to find a name so for now, I shall dub it the Enterprise Mount until an official name is made public. Tall NVG Mounts [Read More…]

Back in January B&T USA announced the arrival of the SPC9 – Special Purpose Carbine, well now they’ve introduced a 16-inch barrel version. The new SPC9-16 is aimed primarily at the PCC competitor market while also offering a barrel which can get the best [Read More…]

Posted 5 days ago in Daily News, Night Vision, Optics, Other Gear & Gadgets, Thermal by Eric B with No Comments

At the recent IWA exhibition in Germany, Pulsar showed a new setup to attach their thermal front attachments to red dots and riflescopes with the help of an adapter. The product launch is now upon us and is called the PSP-V adapter. It is designed to mount the Proton [Read More…]

“Long live the lever gun!“ These were the words we frequently heard late last year as Ruger announced that they would be leaving the Marlin firearms brand more or less intact after its acquisition. However, despite the announcement, there were understandable [Read More…]

Have a Tip? Let us Know!

Have a Tip? Let us Know!